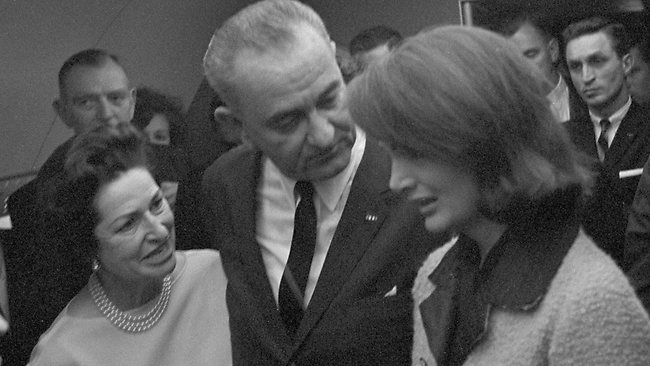 Even more interesting perhaps than who killed JFK is why everyone seems to remember where they were when it happened... It turns out that all memory is tied to the limbic system, the system that also controls emotion. It could be that without an emotional valence, all memories would be the same.
No Responses
Reading Time: 2 minutes
JFK gunned down in Dallas! – where were you?

It turns out that all memory is tied to the limbic system, the system that also controls emotion. It could be that without an emotional valence, all memories would be the same. That would be maladaptive as remembering garter snake with the same significance as rattlesnake would put us as a species in considerable danger.

Here is a video that explains the relationship between feelings and memory:

If you are like most people, the only vivid memories you have from earlier than 6-years-old probably involve some terrible fright: a burn, injury, or loss of a loved one. The other wonderful moments of joy may be there but they are warm and fuzzy, not jagged and unrelenting like those moments when our “flight or fight” response was laying down a recording and trying to assign a meaning and narrative around those shocking events so as to avoid them in the future.

It could be argued that the majority of suffering, addictions, and spiritual inertia for humankind result from harm-avoidance (fear) and sloth (unexamined beliefs).   Our FEAR of being hurt and the disinclination to invest in being mindful makes us latch on to dysfunctional and limiting beliefs, harmful pleasures, and stagnation.

In this video, I discuss how addictions are related to sleep dysfunction and why all the celebrities who died didn’t die of their alcoholism or drug usage, but rather from lack of regenerative sleep.

So what does all this have to do with the assassination of JFK 50 years ago?  That created the same world-shattering fear as losing a parent because the President represents a protective authority figure and naturally, if he wasn’t safe, then how could we as a country or as citizens feel safe?  But because you saw all the other people around you equally shaken up, the effect was even more magnified, as if everyone had lost their father. Your mind recorded the events of that day and perhaps wrongly you now associate the place and activity of that fateful day with something horrible.

Now think of all the ways in which your mind constructs stories around childhood perceived traumas, around pleasures that may be too soothing to give up, or maladaptive schemas that are constantly being formed.

If all this seems to make sense to you, you should check out m video pocasts and my book, “Telomere Timebombs”. If you have an addiction or some sleep dysfunction making it difficult to clear space for newer, better habits and memories, then please consider a trial of TA-65, the world’s first telomerase activator, because taking it seems to help a lot of people recover from the fear and rigamarole of what is holding them back from enjoying the present.